When I really started getting into collecting phase of Starting Lineups, one of my biggest regrets was remembering alllllllllll of the opened ones I had. It was bittersweet, because at the time, here were early issue figures of MJ, Pippen, Emmitt, Aikman, Nolan Ryan etc that were really valuable and popular at the time, and they were sitting on my self opened and worn out. The numbers were fading and the figures were in pretty bad shape due to me playing with them as a kid. It was definitely one of those "if I could turn back time" moments. My biggest regret was of course my opened 1991 MJ figure. Jordan didn't have too many figures because after 1993 Kenner never produced another figure of him again, and so at the time, the ones out there fetched good money. It was the one thing I felt missing from my collection. An unopened MJ. It was my SLU "White Whale" so to speak. I knew if I wanted one, I'd have to fork over some major cash. I didn't even care what year it was, I just wanted one for my collection. It would make my collection feel complete. Finally right before the New Year of 1999 I got my wish. I had some Christmas money and I figured you know what, it's time. The local Flea Market had a few shops that carried SLU's and they had good ones indeed. I would go every couple of weeks or so and marvel at the selection yet never buy anything....until this time, when I set my sights on this 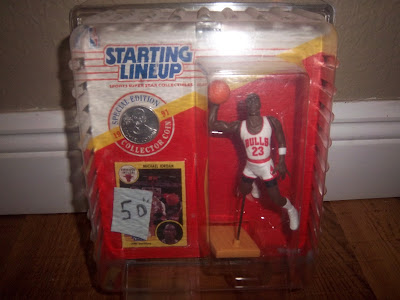 Here it is in allllllllll it's glory, the 91 SLU Dunking Pose version complete with the $50 price sticker.
It wasn't the one the I had opened as a kid, which was the shooting version, but I honestly liked this one better. I plunked down the 50 bucks and went home one happy kid. I officially added an MJ unopened SLU. Like all things MJ, it immediately became my favorite SLU in my collection.  Yet another SLU mission accomplished!
Posted by Chris P at 11:00 AM 3 comments:

Heads up I got 10 auctions ending tonight, including some hard to find McFarlane Figures and cool cards. Here's what's up for auction 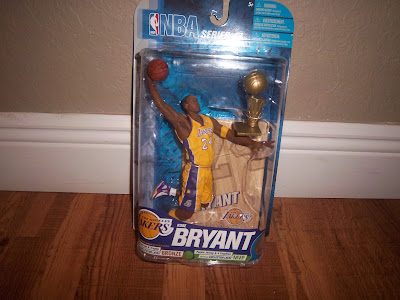 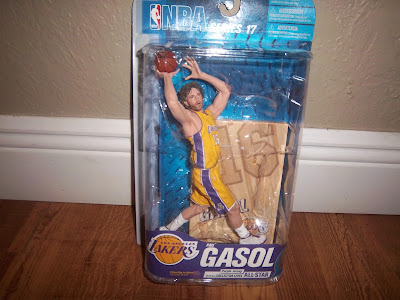 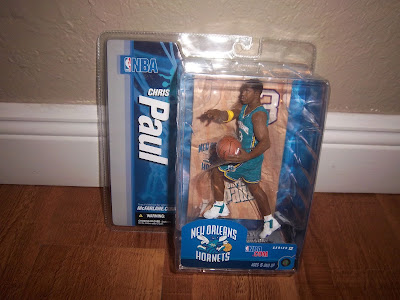 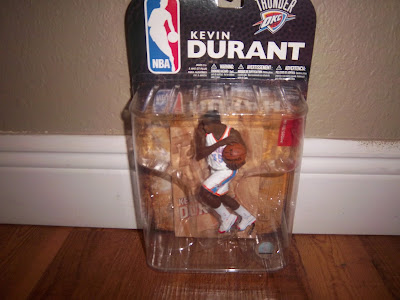 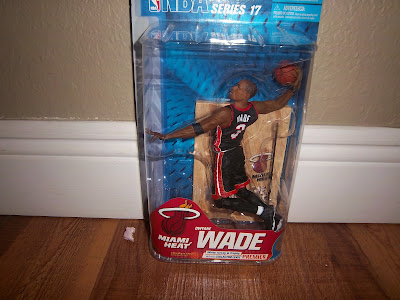 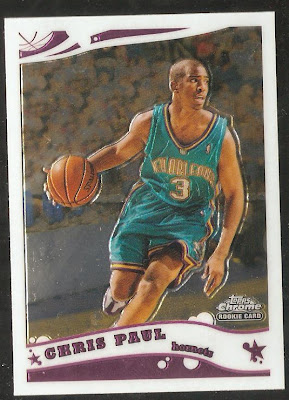 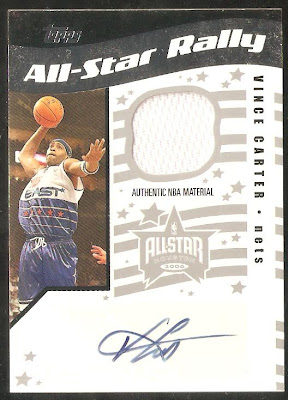 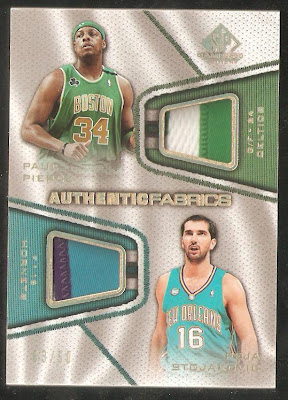 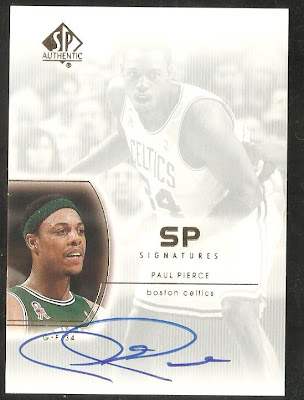 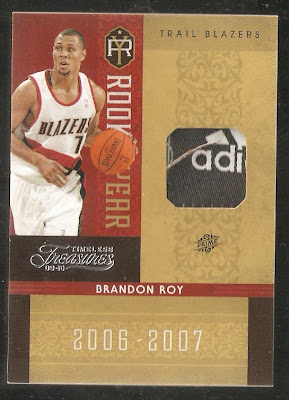 One of my favorite things as a kid was of course Summer Vacation. Now for me, a dream summer vacation would be to go out to other cities and hit all the Wal-Mart, Targets, K-Marts, and Toys R Us. To me, that was way more fun than an amusement park! In the summer of 1998 we decided to go to Houston and hit up the Tri-Star Show. I was very excited because although I had been to card shows before, I'd never been to a huge one. Surely there had to be deals galore! Our trip started out awesome as lo and behold we hit a K-Mart and found packs of this..

I was BEYOND ecstatic. The year before had been a huge a hit, and I picked up all the packs at retail level I could find, hoping for the big Duncan or Van Horn hit (best hit was a Ron Mercer RC). This was a terrific start to our trip to Houston. When we got to the show, it was HUGE to say the least, but the first spot we stopped at was a booth full of SLU's. All for 7 bucks. I was in heaven! SLU's for basically the retail price! I picked up rookie pieces of Stephon Marbury, Ray Allen, Steve McNair, Marcus Camby and other lineups that were hard to find. I couldn't believe the luck I was having. Keep in mind the timeframe, it was rare to find harder to find pieces at retail level cost. These pieces usually sold for double or more at local card shows and flea markets. I loaded up on a ton of different pieces. 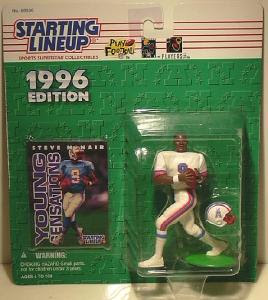 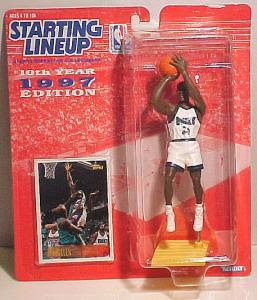 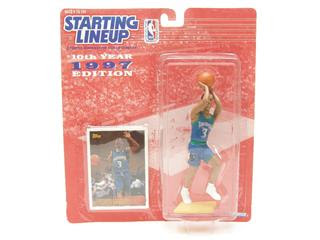 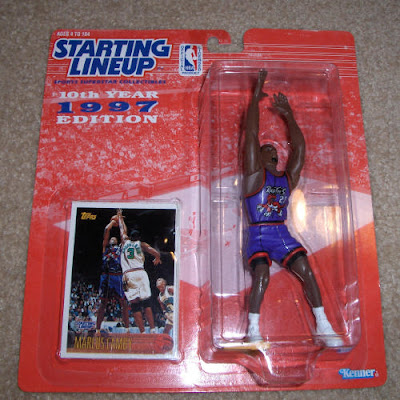 These were great but there were two "steals" that definitely made my day. I was able to get the Keith Van Horn 97 rookie piece for $7 and the 98 Nomar Garciaparra rookie piece for $10!! Two of the hottest pieces at the time, for retail and little above retail! I was so stoked, I couldn't believe it! The haul rivaled my Christmas haul just a few months ago and I never had such luck at a card show again. This was definitely the most fun I had at a card show and it didn't even involve cards!! 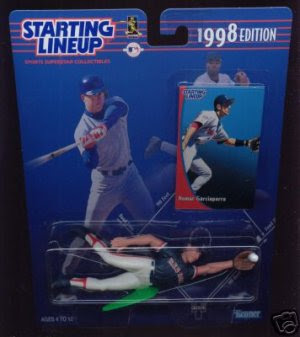 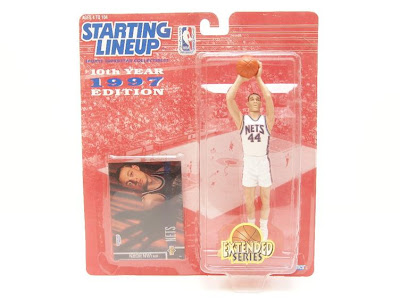 I wanted this piece sooooo bad, imagine my astonishment to get for 7 bucks!
Posted by Chris P at 4:36 PM 2 comments: