Happy 4th of July everyone! In honor of the 4th I've decided to show my favorite patriotic pieces in my collection. 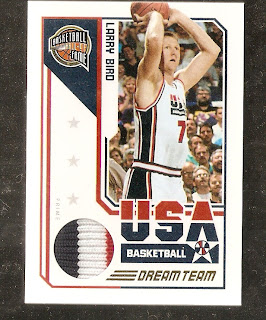 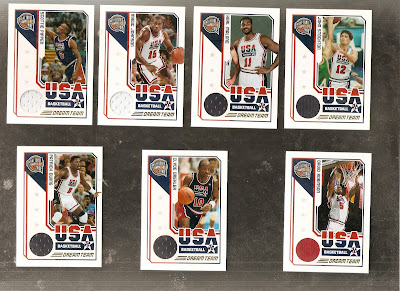 09-10 Panini Hall Of Fame Team USA Memorabilia
Probably my favorite Panini set released, game used cards commemorating the Dream Team's induction into the Hall of Fame. Jordan, Barkley, and Laettner are excluded. There's a patch version of this set as well, which I really want to get (I only have the Bird). I'm missing the Mullin and Bird regular jersey cards. I would love to finish both sets one day. 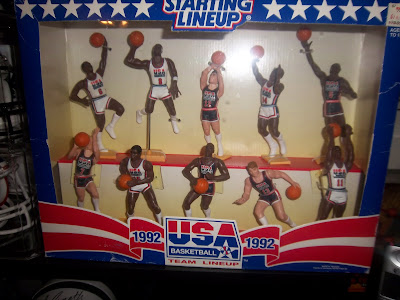 1992 Starting Lineup Dream Team Set
One of my favorite Starting Lineup sets EVER made. It includes the original 10 members chosen for the legendary Dream Team and yes, MJ is included. Only Laettner and Clyde Drexler weren't showcased as they were late roster additions. 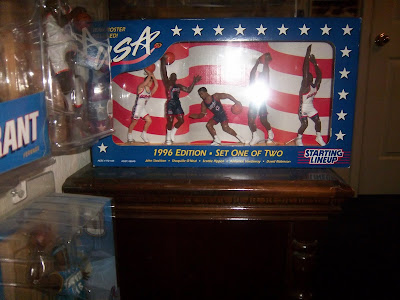 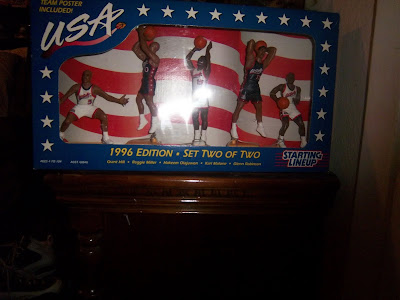 1996 Starting Lineup Olympic Sets
Just like 1992, Starting Lineup had Olympic Sets for the 96 team, but this time they issued in two sets. Set 1 has Stockton, Shaq, Pippen, Anfernee Hardaway, and David Robinson. Set Two has Grant Hill, Reggie Miller, Hakeem Olajuwon, Glenn Robinson, and Karl Malone. There was actually a 3 player extension set featuring Charles Barkley, Mitch Richmond, and Gary Payton offered through the Starting Lineup Club, that I still need just haven't been able to find at a reasonable price.
Hope everyone has a great 4th of July!
Posted by Chris P at 10:21 AM