Now THAT'S Entertainment! A Look at My Non-Sports Card Collection Part I

I have different areas of interest when it comes to this hobby, although my main focus is sports related cards and memorabilia, I also have a small collection of non-sport cards that I add to every now and then. Memorabilia and autograph cards of Actors, Wrestlers, Singers, and other Celebrities have become much more rapidly available, and since I'm a fan of all different forms of entertainment and history, it was pretty much a given that I would give in to some of these gems. This is Part one of a multi-part showcase of the cards in my non-sport collection. Here are the first few cards I'm showing off. Enjoy! 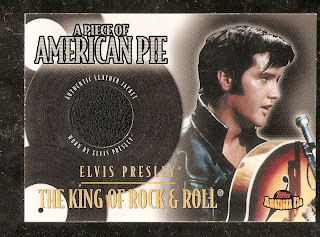 2001 Topps American Pie A Piece of American Pie Elvis Presley Jacket
The card that started it all. I remember seeing this card and thinking how cool it would be to own a card that contained actual Elvis worn memorabilia. Elvis is one of the most recognizable and beloved celebrities of all time, and I've actually been to Graceland (which was pretty cool) so I've always appreciated and respected Elvis and his contributions to music and entertainment. This card gained very strong consideration for my top 100 countdown. 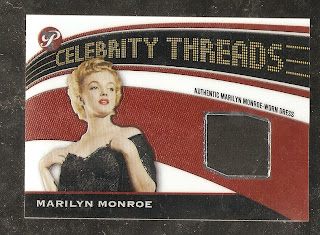 2005 Topps Pristine Celebrity Threads Marilyn Monroe Dress
Another card that when I saw just intrigued me and made me want to add to my collection. Marilyn Monroe actually does have a sports connection as she was married to Joe DiMaggio at one point. Another famous American Icon and this card contains of piece of a dress she wore. 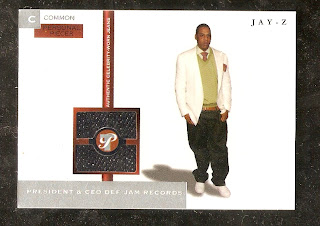 05-06 Topps Pristine Personal Pieces Jay-Z
One of the most successful rappers off all time, Jay-Z has also become quite a successful businessman as well. He's also a part owner of the New Jersey Nets. This card contains a piece of worn jeans. 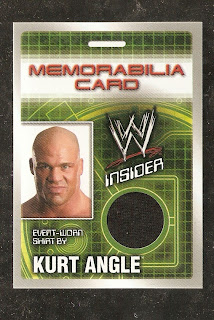 2006 Topps WWE Insider Kurt Angle Shirt
My first wrestling related card in my collection, I was a big Angle fan during his WWE days. It's a shame he's not still around in WWE, but he's still active wrestling in TNA which I really do not follow. Features a piece of shirt worn by Angle. 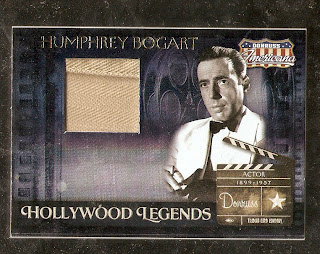 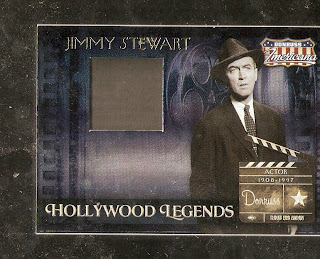 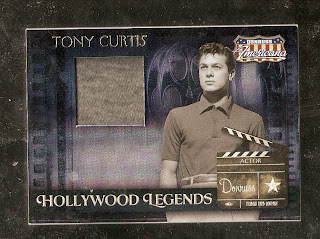 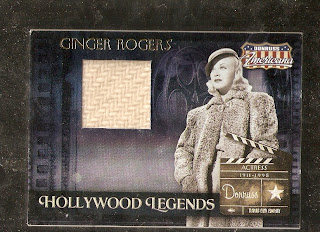 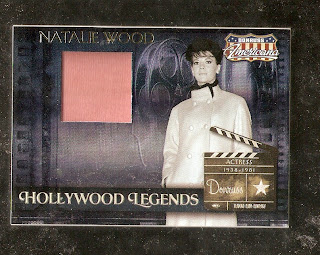 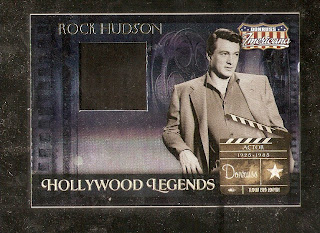 In 2007 Donruss came out with Donruss Americana, which had a bevy of memorabilia stars from pop culture icons and also hollywood legends of the past. How can you not like picking up memorabilia cards of screen icons such as Humphrey Bogart and Jimmy Stewart and other great legends such as Ginger Rogers, Natalie Wood and Rock Hudson. When this set came out, it created the opportunity for collectors to acquire cards of someone of the greatest actors and actresses of all time.