So I waited until almost everything came in before I posted my last Mailday of 2016. So here's what I got! 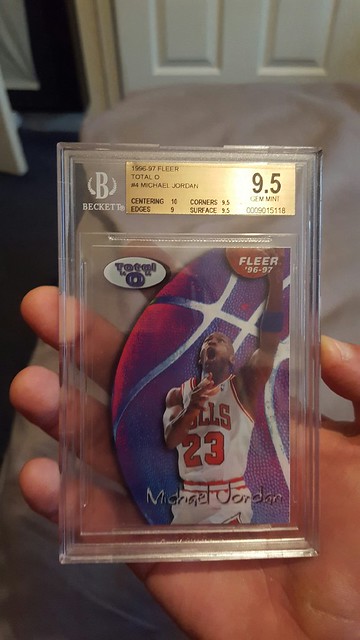 Don't have many, but this a nice card to pickup before the end of 2016! MJ's are expensive as hell, but I really like the look of this one and it being graded 9.5 to boot is very nice! 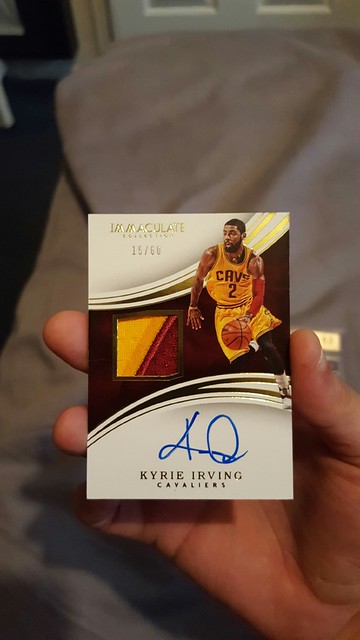 Actually won this during Kyrie's heroics in the 4th quarter of the Christmas Day game against the Warriors. Nice patch, on card auto, awesome card!

Sooooooo stoked I got this in Friday! It was the redemption I pulled from my horrible Strata break last month.  This card is AMAZING looking and is by far one of the best looking cards I own. 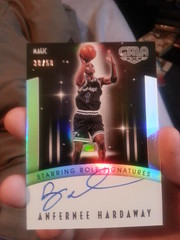 A sweet on card auto of my favorite basketball, Penny Hardaway 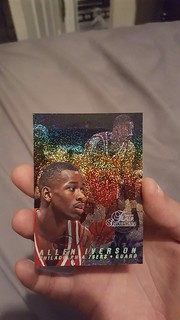 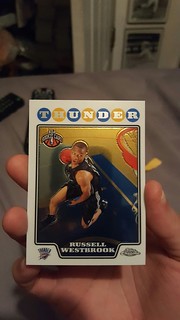 Russell Westbrook is my favorite NBA Player in today's NBA. This guy is unbelievable and is putting eye popping numbers, triple doubles almost every game. As expected, it means his stuff is SUPER EXPENSIVE, but I couldn't resist. I had to get his Topps Chrome Rookie Card to add to my collection. Chrome is always a favorite of mine and even as high as it's gone to, I think it has even more room to grow as Russ continues to be a one man wrecking crew this season. 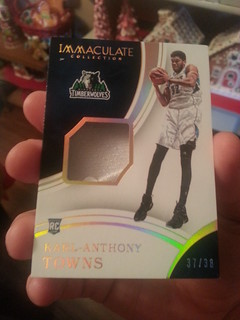 I love Shoe cards and already have the Penny and Grant Hill in this set. Decided to add KAT as well. 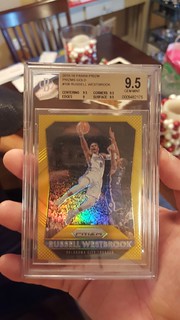 I love Gold Prizms and Russ is my guy, there is no way I wasn't going to win this card. Being graded 9.5 is an added bonus as well. 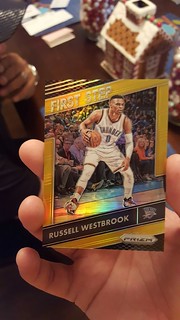 Another Gold Prizm of Russ

Being a HUGE Cowboys fan, there was no way I was going to let the year go by without adding a nice Zeke to my collection. Numbered to 15, absolutely love the look of this card. It's a sticker auto..but it works on this card, plus I love the patch on it. Hoping the Cowboys do big things in the playoffs this year!

Another guy I had been wanting to add an autograph rookie card of Jameis Winston. He was on my fantasy team this year so I saw a lot of his games and he's really developing into a pretty solid QB in only his second year. Again, I love Prizm, and this Green Parallel numbered to 50 was a no brainer to me. Again, the grade is cool.

So all the base rookie cards in Prizm Football have a refractor finish which really make them stand out. Another one of those "have to have" cards for me.